Oath of Allegiance of new Member 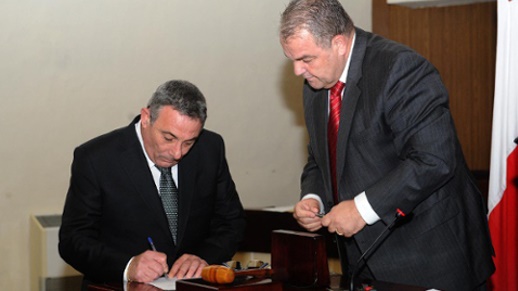 At the beginning of today’s Sitting Mr Joseph Farrugia was given the oath of allegiance as Member of Parliament filling the vacancy created in the 5th Electoral District following the resignation of Karmenu Vella, who tendered his resignation in S 191 of 27 October 2014 to take up the position of European Commissioner for the Environment, Maritime Affairs and Fisheries.